“Don’t use your cellphone for the next hour”

This was the “Dare” card I randomly drew at the TED Active Dine Around event on Wednesday, March 18th. I couldn’t help but laugh. My phone was dead, the wi-fi was weak and I was with brilliant company, so it really wasn’t a challenging dare. I disconnected for the majority of my time in Whistler, mainly because of the people I spent time with; including TED Ed Program Director Stephanie Lo, Caroline Crystal and Tristine Baccam, leaders of the TED Ed Clubs initiative and TED Ed writer and editor Laura McClure. I (virtually) met Caroline before and had spoken with Stephanie over the phone, but to meet them in person was beyond exciting.

The excitement didn’t stop there.

At the formal TED Ed workshop I attended, I brainstormed new ideas for TED Ed with twenty passionate educators and translators. Our conversations extended past the workshop and into the TEDx Social Lounge. I met even more educators interested in TED for youth and schools at an impromptu gathering led by maker and entrepreneur Andrew Coy, Executive Director for the Digital Harbor Foundation. The energy in the room reminded me of an Edcamp. Everyone was motivated as a direct result of the conversations and ideas shared about TED. Thanks to social media, I knew I’d be able to maintain my new connections. So, as I headed back to the states, I charged my phone. It was time to reconnect and continue learning.

Prior to discovering social media for learning, I had no idea there were thousands of educators communicating through platforms including Twitter, Google+, LinkedIn, blogs, the list goes on. I didn’t know I could curate resources directly from social media that were relevant to what I wanted to learn. I used to rely on my school district for professional development. I had no choice regarding how and what I was learning from that mandated PD. Often times what I was learning was irrelevant and a waste of my time. Today, I use social media to get PD on demand and most of it is free. I follow specific hashtags and people on Twitter, join Google+ communities, and watch webinars that fulfill my professional needs. After attending a conference, I use social media to stay connected with and continue learning from the people I meet. Nothing compares to face to face time, but using social media has taken my professional learning to new heights. Unfortunately, I think connected educators are the minority and I understand why that may be the case.

The challenge of connection

There is an overwhelming amount of information on the web and specifically on social media. It’s impossible to keep up with it, so why bother? How could I possibly develop a meaningful relationship with someone I meet through Twitter? This might be the mindset of an educator whose “tried” social media, but never really got it and gave up.

Isn’t it much easier to talk to a colleague down the hall? Or at another building in the district? Professionally, I’m getting everything I need so that makes me connected right? That’s the key question. Can an educator still call herself “connected” and get everything she needs without connecting via social media? These are all great questions. They were part of a Twitter conversation I lurked in recently (yes I still lurk).  It was a heated and interesting debate. Both sides were passionate about their stance. Some were adamant that educators can in fact be connected without using social media. Others argued that by definition, an educator isn’t connected unless she’s using social media.

Sure, you can be connected without connecting via social media. However, you’re connecting locally versus globally. You’re not getting the global perspective on education issues you care about that you could get if you were using social media. That’s the magic behind using digital tools. Distance doesn’t matter. You can learn from and develop professional relationships with people from across the globe. For me personally, this is why I connect on social media. But there’s another side to this issue that was brought to my attention during a, you guessed it, face to face conversation with a colleague in Burlington. To paraphrase Sean Musselman, someone I learn from all the time, connection is also about quality. An educator can have a high quality local network and a low quality global network. However, the exact opposite can also be true. But if an educator has never attempted to use social media to connect on a global scale, she has no idea what she might be missing out on.

I can’t imagine my professional life without social media. Connecting with others through social media has had a tremendous impact on my professional life. The people I’ve met via social media have helped make me a better educator. I share this perspective whenever I talk with others about connectedness. I explain and share examples from my own experiences that initial connections can happen on or offline. My introduction to the world of connected educators came from a former graduate professor. Some people I’m connected with I met initially at a conference then maintained the connection via social media and vice versa. If an educator can’t afford to attend a conference, which is the reality for many, connecting via social media is a viable alternative and can lead to meaningful professional relationships.

Connecting for the sake of our learners

Over the past three years, I’ve stopped trying every new piece of technology that’s come my way (although I am on Voxer with a few members of my PLN) and focus on just a few. I’ve streamlined my professional learning and have struck a balance between connecting on and offline; locally and globally. I will always choose a face to face conversation or phone call over social media, but Twitter and Google+ have allowed me to expand my network globally; especially since returning from TED. This has been life changing and exciting for me. If an educator chooses to have a local network, that’s her choice, but as I said, she’s missing out on the opportunity to connect with lots of brilliant people from all over the world. More importantly, she’s not able to teach and model for her students how to build a global network.

We live in a digital, competitive society. Don’t we owe it to our students to teach them how to leverage digital tools for their own professional learning? And to be competitive? If you understand today’s world, your answer to this question is an unequivocal “yes.”

We’re always talking about “real world” skills in education. I don’t know what could be more real world than coaching a student on how to develop their digital network. The ISTE standards for students reiterate this skill set. Shouldn’t we all be teaching these skills? It’s 2015 and it’s pretty obvious that digital technology isn’t a fad.

It was easy to not use my cell phone for an hour at TED Active. I was surrounded by hundreds of other extraverts and lots of introverts pretending to be extraverted. The face to face time we had was invaluable, however to maintain these connections, I have to use social media, and I’m happy I know exactly how to do that!

If you’re disconnected, I dare you to connect. Perhaps you’re reading this post because one of your connected educator friends, a member of my PLN made you. I dare you to take the time (yes, it will take you time) to try ONE digital tool to direct your professional learning. There are literally thousands of educators using social media to discuss issues, share resources, and celebrate student achievement. Many are willing to help newly connected educators.

I dare you to go out there and find them. 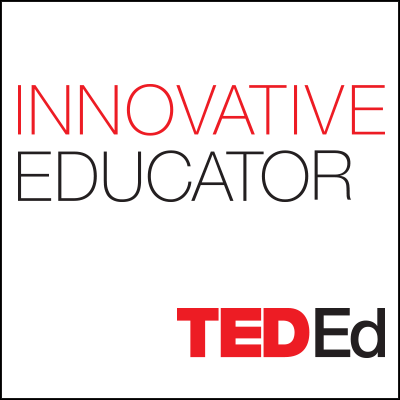 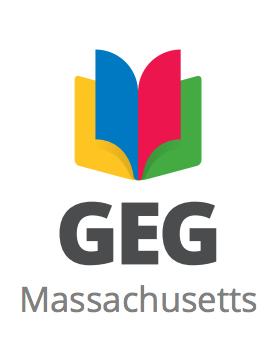 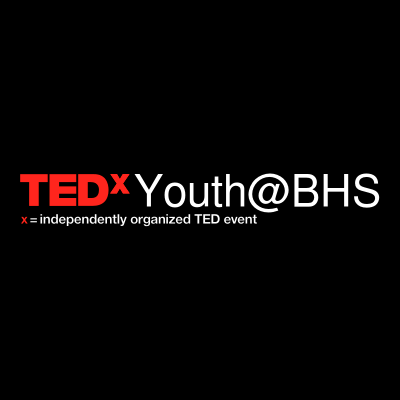